My trip to London with lots of walking 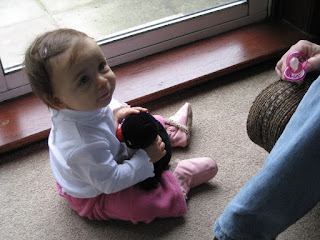 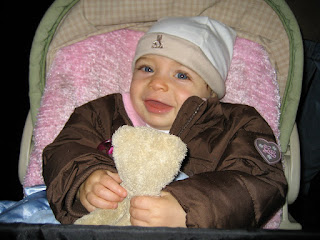 Where do I start? It was an unforgettable trip. I went to visit my grandparents to introduce Lyla to them. They are 84 years old and I didn't expect them to make the trip all the way over here. So we decided to go there. I will say I was half asleep for most of it. Lyla decided to be up from 2-5 a.m. every morning and sleep several hours during the day. We still made the best of it even though we were dragging.


For 2 days of the trip Ben and I rented a car and we drove outside of London. One of the places we went to was Leeds Castle. It was absolutely gorgeous. 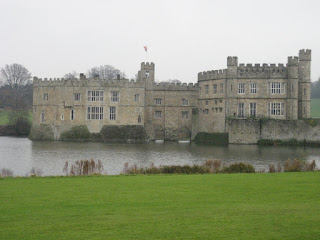 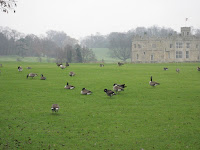 I didn't really get a chance to do too much exercise since I was so tired to begin with. I did manage to get some Turkish Get Ups in with my carry on bag. My family thought I was crazy. Then I went outside to use my jump rope one time. My intentions were good. 8-) Just did not turn out as planned.

During the trip I had no choice but to get off my healthy diet. Several days in to the trip I was starving from trying to work around my diet. There is only so many nuts, seeds, and bars I can live with. The English are huge on their biscuits and tea time so of course I had to go with the traditions. It was so cold there that I also had some hot chocolate. Which I never do when I am at home. The hotel served a buffet breakfast every morning filled with cereals, breads, yogurts, and eggs. It had been almost 6 months since I have eaten toast, by the 3rd day I was going for it. Not to mention had dessert almost every evening. Suprisingly enough I didn't have too many stomach pains. I actually felt really good after eating it. I did get a little bloated towards the end of the trip. When I got home the bloating went down after one night's sleep.

I didn't want to step on the scale. I was convinced I had gained at least 5 pounds. I was 109 before I left. Which is ridiculously low for me. So I wouldn't have minded too much if I put on a bit of weight. Sure enough I get on the scale and I'm 108 pounds. Now how the hell did that happen? This is the only thing I can think of. I had to walk almost everywhere I went. Which probably averages about 3 miles a day. I was holding Lyla much of the time since she would start crying when I put her in the stroller. (She is at the stage that she wants to see everything going on around her. And wants her mommy to hold her constantly). I ate tons of food, didn't really work out, sat on a plane for many many hours, and actually lost a pound. I was so surprised by this I had Ben step on the scale. He indulged just as much as I did, if not more. He lost 4 pounds! Can walking everywhere be that effective? It must be. 8-)

Jennifer said…
Lauren,
Glad to hear you had a nice trip to the UK. Interesting thing about the weight loss and the walking theory. I wondered the same thing a few years ago when I went to NYC. I'm from TN, and the obesity rates here are even more insane than they are everywhere else. But when I went to NY, I couldn't help but notice that not only did people walk everywhere but most of them were slender. I attributed the discrepancy in obesity rates to the amount of walking living in the city required. I wonder if it's truly that amazingly simple.
November 28, 2007 at 2:01 AM

Howie B said…
Lauren, welcome back! Sounds like you had an awesome trip. Glad you and the family had a good time. I just hope getting through the airports and the flight weren't too rough with the little one.

As for walking in NYC, not only do you walk everywhere, but you are also usually carrying a work bag around with you, and on top of that, not only do we walk here, but we walk FAST. It becomes a habit of walking fast. Much faster than the typical stroll people outside the city take. And Manhattan isn't all flat either, lots of graded avenues as well.

Glad to have you back with us and looking forward to reading about your further exploits.
November 28, 2007 at 3:25 AM

It just may be that true! Now that I think about it, I don't remember seeing very large people walking around London. Hmmmm!
November 29, 2007 at 6:59 AM

Thank you! I did have an awesome trip. The airports and flights were crazy but we managed.

You said it! Walking fast, holding bags, and not to mention wearing several pounds of warm clothes. Oh and you can't forget the inclines. All of that is a recipe to keep weight under control. I am a firm believer that diet is 65% of the puzzle, but I now there is a gray area. If you live in a city where you do tons of walking diet must be more like 50%.

Anonymous said…
I love London; it is my kind of town. Contrary to popular belief this is not some feeble attempt at plagiarizing advertising copy from other major cities in the world.
Bad times and good, I have lived and worked in London through them all.
London is full of History. History that it would appear that most Londoners take for granted.
Everything in London seems to be clustered: All the antique bookshops, all rich people who are owners of huge Limousine London vehicles are on the same street. . All companies that make CG effects for movies are within few blocks of each other. The big web companies (except for Google, who have moved into a 'palace' near Victoria station) and web ad agencies are also within a small radius of each other. London will always be special for me as I met my lovely wife here.
December 17, 2007 at 7:29 AM