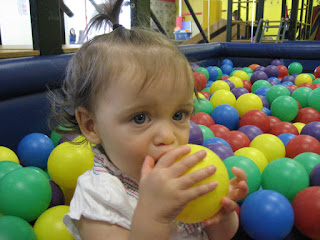 I know I haven't been blogging lately. Time just has not been on my side. With my projects I have underway, training clients, spending precious moments with my growing daughter, and keeping my husband out of the hospital I would say I have my hands full. So sitting down here at the computer is a luxury. 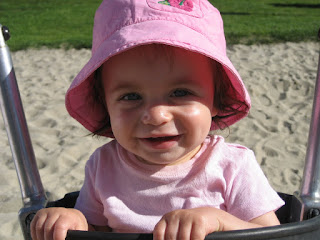 I will try and recap as much as possible in the most condensed way.

February started out very rocky. Ben had to be rushed to the hospital for his attack on his stomach. This was one of the worst episodes. He had to be wheeled in because he couldn't walk and was almost passing out from pain. The ER was very slow about everything as always and told him they would see him as soon as they could. 2 and half hours later, you would think he was almost dead, they finally got him the medication to give him relief. Then they sent him home several hours later because there is nothing more they can do. I also had to take care of Lyla in the ER while watching this nightmare happen. I think she might be starting to understand because she freaked out when they put the IV in his arm.

To make a long story short, the next day I had to call the paramedics. I had just finished teaching one of my classes when I thought I would check on him to make sure he is drinking enough water. He was barely conscious. That's when I calmly called the ambulance. It turned out the doctors gave him too many drugs in the ER that somehow interacted with his other daily medicaiton. If I didn't check on him he would have died! So rushing him in saved his life! That put a scare on all of us.
I need to take deep breaths when I talk about this.

Moving on, things have been better since then. Lyla is still being very cautious walking on her own. She will push her toys around while walking and walk while holding someone's hand. But at the moment she has no desire to let go. She is growing right before my eyes. She's not a baby anymore. It's just so hard to believe. 8-( 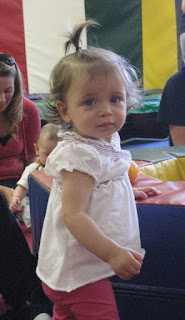 My training has been very simple. I have just been training to maintain so it hasn't been very exciting. Now that the RKC 2 is starting to get closer I will have to work more on my Clean and Jerks the RKC way. Something I have never had real instruction on. I have seen and tried other ways, so hopefully I'll get that part down before the Cert. By the way, if anyone in San Diego is going to Level 2 in June please email me. Maybe we can exchange some ideas as well as coordinate traveling, since Minnesota is not around the corner.

Once I have finished my project I will be excited to let everyone know about it. Until it's done I have no right to be discussing details. Life is definitely excited and I'm grateful for everything I have!

Howie B said…
Sorry to hear things have been so rough. Hang in there! Lyla is beautiful. Don't be concerned about her walking. It's hardest on your back more than anything else. She'll break free soon enough and then you'll have a hard time keeping up! Not sure about the RKC C&J, never practiced any version of it as of yet. I'll save that for something to look forward to. Stay strong!!
March 28, 2008 at 3:23 AM

Thanks. As far as her walking I will have to relax about it. I just thought for sure MY girl would be walking early. But I guess they do it when they feel like it.

I feel somewhat comfortable with the regular C&J, I guess that's more of the "GS" way, with a spin of my own variation. 8-) The other way sort of feels weird. But something to look forward to for sure.
March 28, 2008 at 7:29 AM

Anonymous said…
Sorry to hear about your husband Lauren! I will keep him and your family in my prayers! Whomever anonymous is, they are right on!

It never seems like it at the time, but adversity brings the best out of and people that have never gone through hard times and persevered are frankly boring ;-) I have no doubt you will do fine and persevere.

I do feel much stronger being able to juggle this life I have. It lets me know that if I can get handle this then I can do almost anything. Thanks for believing in me! 8-)
March 30, 2008 at 7:53 PM

fawn said…
Oh Lauren! I am so sorry to hear about all the trouble Ben has been having! I can't imagine how stressful that must be. Hang in there... things will get better. Sounds like they already are...

You are right about things being better. Thanks for your encouragement.

I am so excited that you are having a BBQ at your house. It will be great to meet you. That is so nice of you to do that. I'll have to get more details as the day gets closer. I don't know think I'll be renting a car so hopefully you are somewhat close by.
April 1, 2008 at 4:53 PM